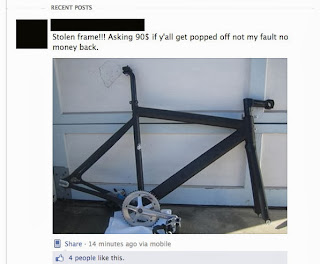 Chicago Bike Sellers is a Facebook group that appears to be a clearinghouse for bicycle parts and bikes.

Lots and lots and lots of bicycle parts and bikes. There are some cell phones, cameras, and even a pair of expensive shoes thrown in for good measure.

We count 57 bikes and pieces of bikes being put on the market in the past hour.

We thought you may want to check it out while you can.

A sampling of the page's recent merchandise is below.

A restaurant worker who was brushing snow off of his car after work was approached on the street by two attackers who pulled a handgun and robbed him of his iPhone and wallet. 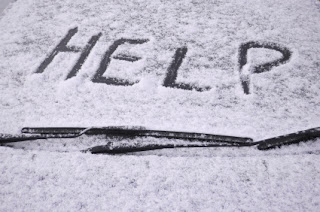 Not satisfied with robbing just one person, the offenders then robbed the passenger who was sitting inside the car, too. That victim lost $240 cash and a cell phone to the thugs.

It all went down just west of us at Byron and Marshfield at 11PM Monday night.

After robbing the two victims, the offenders may have run eastbound on Byron.

The suspects are described as two Hispanic men, about 5'8" tall, both wearing hoodies. One of the men covered his face with a scarf.

CWB reported on a similar-sounding robbery on October 23 in the same general area.  In that case, a resident who had just parked his car was robbed at gunpoint in the middle of the street at 10PM. That victim was also beaten by the offenders.

The October 23 suspects were described as two Hispanic men, 5'9" to 5'10" tall. One wore a white bandana on his face.

UPDATED 12 NOVEMBER 2013 5:30AM: The Chicago Tribune runs the story. They add the following detail regarding the robbery of the passenger:


The two then reached into the car, one punched the man inside, ripped open his pants pocket and took his iPhone. He refused medical attention, police said.

UPDATED 12 NOVEMBER 2013 2PM: WGN picks it up. No additional info in their item. 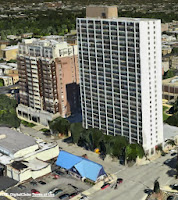 That wasn't no fight.

911 received a call at 7:39 this evening reporting two men fighting in the lobby at 810 W. Grace, across the street from iHop.

When police arrived, they determined that what had actually happened was one man was trying to rob the other. The robbery attempt failed.

No offender description is available.

• At 10:33 Saturday night, a woman calls 911 after an unknown man "slammed her girlfriend's head into a windshield" in the 3700 block of Pine Grove. The offender flees the scene in a blue Prius.

• Twenty minutes later, a woman in the 3500 block of N. Wilton reports that an intoxicated man has broken her nose and thrown her belongings all over the place. Officers drive the woman to Illinois Masonic Medical Center. The incident is not classified as a domestic incident. Rather, CPD case #HW527618 is logged as a simple battery.

• Then, 10 minutes after THAT call, three men—two reportedly white, one reportedly black—are fighting at the corner of Clark and Aldine. Officers arrive quickly and request an ambulance for one of the men who has been downed.

Police were called to the Center on Halsted, 3656 N. Halsted, to handle an assault at 4:21 Sunday afternoon. According to the caller, a man who attacked him a month ago was back on the premises and was threatening him again. Officers arrested the alleged offender. Logged as simple assault in CPD case #HW528379.
Posted by Crime In Boystown at 11/11/2013 07:43:00 PM 7 comments:

The Howard Brown Broadway Youth Center (BYC) is a great idea and it has done a lot of good over the years. There is a very good reason for the services it offers to exist in our neighborhood.

But the neighborhood cannot trust current BYC leadership to run the center in a responsible way and, for that  reason, the center should be denied its request for special zoning. That is our opinion.

While Howard Brown and BYC leaders would like to make this issue one of the neighborhood vs. people in need, it's really about them. It's about their poor decision making. It's about their obstruction of law enforcement. It's about what appears to be, at best, poor training of their staff.

On Friday, we shared two police reports in which 19th district police officers stated outright that BYC staff refused to assist as law enforcement investigated beatings that took place outside and inside BYC facilities.

According to one report, BYC staff repeatedly refused to help police identify a suspect, even though a woman had just been beaten by the man inside of their center.

The other report states that "several bystanders" told officers that another battery offender "was being hidden inside [the BYC] by the center's staff."

Even Broadway Youth Center's own HIPAA policy statement states that they can cooperate with police.

Yet, the center's staff chose to shield violent offenders. Some may say that the staff misunderstood the law. If so, that shows that BYC staff is not properly trained. In this situation, only the most bull-headed of people would resist saying, "you know, officer. I hear you saying that I'm wrong. Let me call somebody at Howard Brown for clarification."

The fact that police were blocked twice in six months leads us to conclude that non-cooperation with law enforcement is in the center's DNA.

Let's switch things up. What if, say, a tavern obstructed police in that way. Twice. There would be serious consequences for that business. What if those business owners then went a few blocks away and sought to open a new tavern. Should they be allowed to? Or should the neighborhood look at the operators' track record and express their concerns that there will repeat performances?

Things are no different when the operators are part of a non-profit organization. For now, we believe that the BYC and HB are the wrong people and the wrong agency for a very important job.
Posted by Crime In Boystown at 11/11/2013 04:09:00 PM 24 comments:

A follow-up and a reader's note for Sunday afternoon...

As we reported this weekend, there were four robberies reported in 14 minutes Friday night. One victim was reported to have a broken leg. Today, more details come in via our comments section:


Know victim and family, a senseless act, defenseless victim was kicked and stomped on to point of breaking his femur. Appealing to anyone witnessing or have info on this robbery/assault to please report to CPD whether think relevant or not.These thugs need to be caged before they strike your family or friends

Another reader's weekend pizza delivery came with a note stapled to the outside of the box: 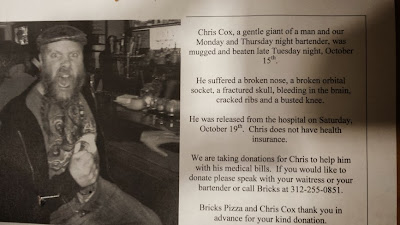 Chris Cox, a gentle giant of a man and our Monday and Thursday night bartender, was mugged and beaten late Tuesday night, October 15th.

He suffered a broken nose, a broken orbital socket, a fractured skull, bleeding in the brain, cracked ribs and a busted knee.

He was released from the hospital on Saturday, October 19th. Chris does not have health insurance.

Bricks Pizza is taking donations to help their guy out. We do not know where Chris was attacked.

Robberies are often referred to here on CWB as being "strong arm robberies." That's the official term. As you can see from the experiences of our neighbor who now has a broken thigh and Chris Cox's horrible encounter, being "strong armed" is a whole lot worse than it sounds.
Posted by Crime In Boystown at 11/10/2013 04:01:00 PM 3 comments:

A neighborhood resident who lives near the 900 block of Addison awoke this morning to find a stranger breaking into his building's laundry room. The citizen chased the offender toward the Addison Red Line and called 911.

The intruder, who has yet to be located, is described as a 20-something male white with a red beard. He was wearing a black hat.

Yesterday afternoon, a man fitting that same description was allegedly involved in two area thefts, that were reported on CWB.

WHAT'S A RAP?: A Little Follow-Up

At this week's neighborhood CAPS meeting, a resident asked for more information about the police department's Radio Assignment Pending status (also known as a RAP).

A RAP is put in place when a district runs out of police units and there are 911 calls that need to be handled.  The 19th district has had at least 24 RAPS declared since CWB started keeping track in late June. 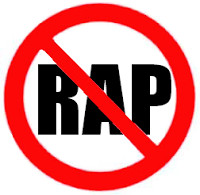 The audience member at the CAPS meeting essentially asked, "if I'm bleeding on the sidewalk during a RAP, no one's going to come for 7 hours?"

"Not true" the police said, with a bit of a brush off.

And they are correct. The fire department will roll over and get you to a hospital, but the police probably won't come. Remember when an Air Force veteran got severely beaten in Wrigleyville this summer? The fire department got to him fairly quickly. The first police officer, though, became available two hours later.

As a further example of how you will not be left bleeding on a sidewalk for hours, but you probably won't get police assistance, we take you to down to the area of Halsted and Fullerton early this morning.

This next part is a little gory, so you may want to stop now and maybe just go watch this awesome collection of Wonder Woman moments.

OK, so. Our neighboring 18th police district was in a RAP early this morning, so they had a backlog of calls waiting for police to become available.

At 4:14AM, a man tried to jump a fence in the 900 block of Fullerton. He missed and became impaled on the fence. For over 30 minutes, as the 18th district dispatcher read of her list of assignments waiting for police response, the "man impaled on a fence" was included every time.

Long before an officer became available, the fire department responded, extricated the man, and transported him to a hospital.
Posted by Crime In Boystown at 11/10/2013 08:26:00 AM No comments: 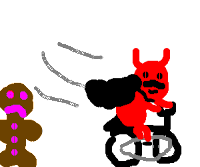 What's going on with the red-headed thievery around here?

A resident saw a man break into cars and then poke around in the bike storage room of a building in the 700 block of Sheridan around 3:15 Saturday afternoon.

A few minutes earlier and a few blocks away, another citizen saw a man with a similar appearance removing bicycles from the basement of a building in the 900 block of Belle Plaine.

Police officers believe the same offender was involved in both locations. He is described as male, white, mid- to late-20's, with red hair, a red beard, and a black eye. They know the offender's name.


DISPATCHER: We got a homeless person taking a shower in the bathroom at the Boston Market, 3020 N. Ashland. Refusing to leave.

UNKNOWN OFFICER: He has to wait for the conditioner to come out!

12:01AM: Battery in progress as 3 women fight on the street at Halsted and Newport. 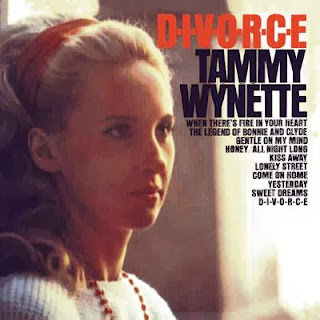 12:50AM: A man reported down on the ground at the Wrigleyville Taco Bell after being beaten up by an offender who fled in an unknown direction. The victim is transported to Illinois Masonic Medical Center by ambulance.

1:39AM: Four people are reportedly involved in a fist fight inside of Fiesta Cantina, 3407 N. Clark.

2:39AM: Battery in progress in the parking lot of 7-Eleven at Roscoe and Halsted. A man and a woman are involved in a physical altercation.

6:35AM: Officers on Lake Shore Drive find a woman in the planters that divide the north- and southbound lanes. The woman tells police that her husband left her there.