Now, just where did he think he was going to run off to in those boots? 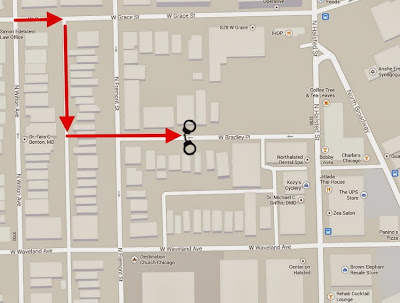 An observant neighbor and some fleet-footed cops teamed up to take down a neighborhood thief who decided to make a run for it Monday afternoon.

Officers responded to the "suspicious man" call in the 3700 block of Wilton at 12:40PM after a witness saw someone "ringing doorbells, checking gates and houses." The individual was described as a male dressed as a woman, black, with short black hair, a puffy coat, and women's boots.

As cops initiated a street stop, the suspect took off running east bound on Grace, then south through an alley, then over a fence, and east on Bradley Place toward Halsted.

Officers caught up with him at 838 W. Bradley and took him into custody.

Keep It Close, Squeeze It Tight
Police handled another call of someone having their wallet snatched as they took it out to make a purchase.

A witness called 911 at 12:58AM Monday from the Circle K/Shell station at Halsted and Addison after seeing the theft take place. The victim chased the offender westbound on Addison toward the Red Line station.

Officers toured the area but never located the victim or suspect. No report.

A similar incident was reported Saturday evening in the 800 block of Belmont.

We burned an hour of the boss' time flipping through mugshots on the Redeye site yesterday.

Along the way, we found several individuals who appear to have been arrested for shenanigans that CWB reported over the past few weeks. We thought you may enjoy these updates:

First up, here's Anthony Muniz of the 2700 block of North Kostner. Redeye says he was arrested for robbing two cab drivers, including one who picked him up at Roscoe and Halsted. We told you about this in our report on September 18.

Muniz was allegedly chilling in a hallway with a crack pipe when cops caught up with him.

Next up is Jeremy Morrison of Bridgeview.

We told you about two men who stole cases of beer and $1,000 from the Theater on the Lake in early September.

Police caught one guy while another slipped away, we reported. According to Redeye, Morrison is the one who got away. He was arrested a week later.

That's what one of these geniuses blurted out in court after being arrested for burglarizing the American Apparel store on Belmont last month, according to Redeye.

According to police, Damien Beal and Terrel Esther were two of the individuals who walked into the apparently-unlocked store after hours and gathered up a duffel bag of goodies as we reported on October 17.

Redeye's write up is over here. Their story states that the burglary occurred in the afternoon. In fact, the crime happened during the overnight hours.

Then, there's Andre Baker of Calumet City. Redeye says he was arrested when he allegedly tried to sell a microphone that had been stolen from Rax Trax recording studio last month.

And Redeye's update is here.


• • •
Aaaand, finally, say hello to Camilo Maya. Maya was one of several individuals locked up during the usual weekend mayhem on Clark Street on September 15. While we did not report on his incident specifically, we couldn't resist sharing his impressive mugshot.

Read up over at Redeye. 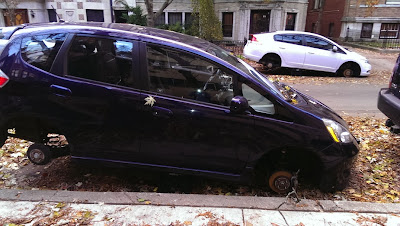 Heads up if you or someone you know owns a Honda Civic or Honda Fit.

A Lakeview resident reported on Reddit Monday night that they've seen three of these cars in "the past few weeks propped up on milk crates with all 4 wheels gone in the lakeview/ roscoe village area. I've also seen 2 people complain of these thefts on facebook."

This morning, a reader emailed these two photos to us with the following note:


Hi a toyota prius and a honda fit had their 4 wheels/tires stolen sometime on November 17/18th...on 507 and 506 West Briar, Chicago, 60657. Called police and they said not enough police to look into this matter, but it has been happening for a while now...

If you look closely at that top picture, you'll see that both cars are missing their wheels. Classy! 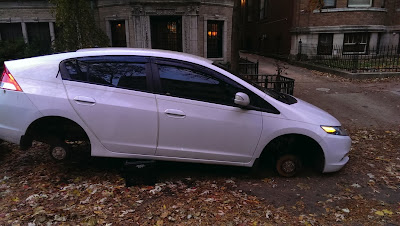 CWB can also confirm that a Lincoln Park resident reported seeing the wheels being stolen off of a Honda at 12:30 Monday morning in the 2700 block of North Mildred, near Halsted and Diversey. Police officers confirmed that the wheels were stolen.

Why? According to Arlington Now, 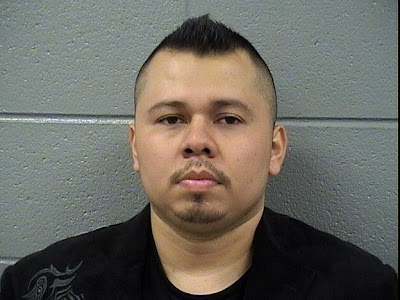 An alleged cell phone thief who was caught only after he refused to pay a cab driver--and the cab driver took him on an additional ride to the 19th district police station--is identified today.

CWB reported the story first last night and the Chicago Tribune has greater detail this afternoon..

Alejandro Galeana, 27, of Edgewater now faces four counts of felony theft, according to the report.

One of the five phones in his possession turned out to be his own.

"Are these robberies happening earlier and earlier?" We get that question a lot. Today, our Stat Guy has the answer: Yes.

From January through August 2013, 30% of our neighborhoods' robberies took place between 6AM and midnight. In September, that number was 35%. October, 52%. In the November early-going, it's 83%.

To be sure, late night is, was, and always will be street robbers' preferred hunting time. But is the migration toward "less palatable" robbery hours a fluke or a long-term shift? Only time will tell.

Source: City of Chicago Data Portal & Chicago Police Department CLEARMap for beats 1923, 1924, and 1925. November total includes robberies that have been issued case numbers but have not yet been added to the city's public databank.

Two area residents were attacked within one hour Sunday night, possibly by the same robbery crew. The offenders remain at large.

1300 Block of Waveland — 10:40PM
Two offenders jumped out of a white 4-door car and asked the victim for money as he walked down the street. Suddenly, at least one of the robbers began punching their victim repeatedly in 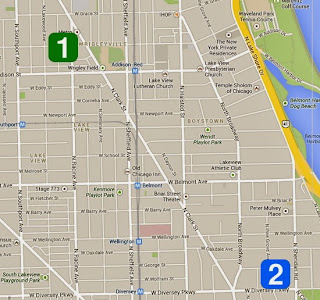 the face. The victim was able to keep his senses, break away, and run to a safe location to call police. He declined medical attention.

The attackers are described as male, black, aged 18 to 20, wearing all black clothing.

The CPD case number is TBD

Diversey and Pine Grove — 11:30PM
One attacker jumped from a small white vehicle, possibly a Toyota, physically attacked a woman and took her purse.

The offender, described as male, black, in his 20's, 5'11" tall, 160 pounds, wearing a black hoodie and a black beanie hat, drove away southbound on Pine Grove toward Diversey.

CELLFISH: Phone Thief Stiffs Cabbie, Gets More Than He Bargained For

UPDATE: The alleged thief is now identified. One of the five cell phones turned out to be his own. He faces four counts of felony theft for the other phones.
----------------
When a taxi passenger refused to pay for his ride at 5 o'clock Sunday morning, the cabbie drove him to a new destination: The 19th district police station. Things got really interesting there.

During some chit-chat with the passenger, police discovered that he was carrying five cell phones. He was immediately taken into custody and officers began the process of tracking down the phones' owners and writing reports.

Two thefts were reported in the neighborhood Saturday evening, but few details are available.

At 6:10PM, a witness reports seeing a man's wallet get snatched at 820 W. Belmont as the victim takes out a credit card. It is unclear if police make contact with the victim.

About 45 minutes later, callers report a group of offenders snatching a woman's phone at Broadway and Briar. The group, described only as 6 to 8 black males, is last seen running westbound. The incident is recorded as a theft of under $500 in CPD case HW536290.

A Drinker's Increasingly Poor Decisions
Driving drunk was this idiot's first bad decision. She then managed to lose control of her car and crash into parked cars on Mayor Rahm Emanuel's block while a member of his security detail looked on at 11:58 Friday night.
Then, she decided to start arguing with the officer who saw what happened.

...Lastly and Sadly...
Detectives are looking into the possibility that someone may have helped an ailing elderly man end his own life in the 500 block of Melrose this weekend. The man, who was found by a caretaker just after 10AM Saturday, was poisoned. Investigators are considering the possibility that someone may have assisted the octogenarian with procurement of materials or instructions.

1:50AM (Sunday): Wepa! The dance floor at Roscoe's Tavern, 3356 N. Halsted, gets a little nuts when a man jumps into the DJ booth and starts destroying equipment. Officers arrest the party pooper for criminal damage to property. CPD case HW536597. 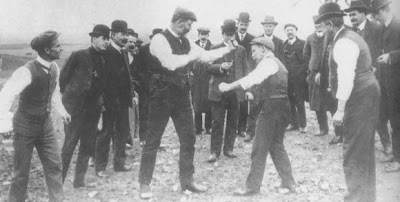 2:40AM: An anonymous caller reports that a cab driver is beating a guy up outside of Melrose Diner at Broadway and Melrose. The victim is last seen walking southbound on Broadway.

2:46AM: Another Wrigleyville walloping in progress, this time it's across the street from Rebel Bar & Grill. CPD records the battery in case #HW536634.

3:00AM: Police walk into yet another fight at Wrigleyville's newest place to be beaten senseless: Old Crow Smokehouse at 3506 N. Clark. An officer calls for additional units as a show of force. One arrest made.

3:01AM: Six people fighting and throwing bottles in the street at Halsted and Cornelia.

3:05AM: "One male white, one male black, and someone in a fedora" are fighting in the street at Halsted and Cornelia.

3:07AM: A dispatcher warns a sergeant that "all hell just broke lose and your district is about to go into a RAP." (Read more about RAPs HERE.)

3:14AM: An enormous downpour rolls through Wrigleyville and Boystown, putting an immediate end to the escalating lunacy.


UNIT: Let it rain!!
DISPATCHER: Did my rain dance work?
UNIT: We could've used it about four fights ago.