This site uses cookies. By continuing to browse the site you are agreeing to our use of cookies. X

Here's Why the Student Loan Market Is Completely Insane

President Obama made news this week by expanding a student loan program to broaden the eligibility of borrowers and proposing to limit monthly payments to 10 percent of a student borrower’s income. On the margin, such moves might help. But the administration’s efforts don’t address a more fundamental problem: These loans aren’t calibrated for risk. In other words, students from Harvard and less-prestigious regional colleges are thrown in the same bucket, despite quite different risk profiles.

Under Federal Deposit Insurance Corporation (FDIC) rules governing the insurance of banks, lenders can’t differentiate among schools in assessing credit risk as they do with home buyers and car owners. As a result, “the government has made it difficult for banks to price to default rates,” says Mike Cagney, founder of Social Finance, a socially based student lending operation known informally as SoFi. “By accepting FDIC insurance, banks lose pricing flexibility and can’t charge interest rates commensurate with the quality of schools—and default rates vary widely by schools.”

SoFi has funded more than $650 million in loans to 7,000 borrowers since its founding in 2011. Says Cagney: “The definition of a predatory lender is someone who pushes loans on an individual who can’t afford to pay them back. Under that definition, many of the educational loans made today could be considered predatory.”

Story: What Americans Don't Know About Student Loans: A Lot

Despite other economic recoveries, including lower delinquency rates in every other type of loan (housing, auto, credit card), the problem in the student loan market is definitely getting worse. In the past few years, default rates have increased every single year:

But these averages come from a wide disparity in the types of colleges people go to. For example, default rates at such places as Stanford, Duke, Carnegie Mellon, MIT, and Yale are all less than 2 percent. Not surprisingly, graduates from these schools command high salaries in the job market. At such places as West Virginia, Louisville, South Florida, and Boise State—schools much better known for athletics than academics—default rates are 10 percent. Further down the food chain are much higher default rates at places such as Alcorn State (16 percent), Colorado Technical University (23 percent), University of Phoenix (26 percent), Lincoln Technical Institute (30 percent), and Arizona Automotive Institute (42 percent).

More specifically, a school’s tuition doesn’t adjust for the quality of the education—as represented by graduates’ ability to pay back loans. Schools in a narrow $35,000-$45,000 range feature a wide range of default rates:

Any other market with such varying default rates would feature borrowing rates that are varied to match more appropriately: Students from Stanford and Yale would pay far less than students at the University of Phoenix. That doesn’t happen in the student loan market—and that creates all kinds of skewed incentives. Subsidies go to the wrong people: taxpayers (and high-performing students) subsidize loans to below-average schools, because students at these poor-performing schools are loading up on much more debt than they should take on, at interest rates too low for their high risk of default.

“If students at schools with high default rates were forced to borrow at a true market price, their interest rates would be much higher,” says Cagney, and “that would be a good thing, because it would force those schools to lower their tuition prices.”

Right now the government, through such programs as Direct Loans, is happy to let students borrow tens of thousands of dollars, regardless of how likely that student can pay it back. Private lenders will offer up even more money. Students are saddled with debt they can never pay back, and the government knows this.

Cagney’s company, SoFi, is a solution to that problem. SoFi has set up an alumni project at Stanford, which is a great place to do it. With almost a zero-percent default rate, Stanford alumni will happily lend to new Stanford grads who want to refinance their original student loans at a lower, more market-appropriate rate. The alumni have confidence in the students’ abilities to get jobs and repay the loans. The borrowers win out because they pay a rate lower than the government offers, and lenders win because they get an opportunity to make more money than their usual bank accounts. “SoFi will lend to any school,” Cagney noted. “However, it’s contingent on funding from community capital.”

In addition, alumni network effects serve as a public and conscious pressure on students who might otherwise think of default on loans to the government. In this social approach, defaults are exceedingly rare. According to SoFi, its 90+ day delinquencies are zero, compared with more than 11 percent for the overall student loan market. No fewer than 99.25 percent of SoFi refinance loans are current, and their borrowers are making full principal and interest payments—compared with a staggeringly low 69 percent in the total private student loan market.

A carrot goes with this stick. When a SoFi borrower becomes unemployed, SoFi puts the borrower’s loan in forbearance, and the community works to find that person a job. “We’ve helped 28 borrowers get reemployed,” says Cagney. The company also helps entrepreneurs get seed financing, assisting 19 borrowers to date.

The government is certainly making its own attempt to fix some of this massive problem, such as possibly grading colleges and cracking down on for-profit schools. In parallel, more market-oriented solutions will come from creatively minded startups, like SoFi, which are approaching the issue with fresh ideas. 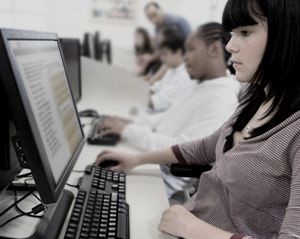 Thank you for subscribing to our Daily Newsletter. You will receive a confirmation email shortly at .