Identive Group, a secure ID and NFC tag and reader maker, has announced it will cut 11% of its global workforce as part of restructuring expected to save up to $5 million this year.

It could take four to six years for widespread deployment of NFC at the retail point of sale, but the technology needs to become more than just a “form-factor change” from cards, said Dan Schulman, group president, Enterprise Growth, at American Express.

In what is believed the first use of Samsung’s new flagship smartphone, the Galaxy S III, for NFC mobile payment, consumers in New Zealand can tap the Android phone to pay for bus and taxi rides, as well as small retail purchases.

The UK Post Office has announced it will start equipping more than 11,500 branches nationwide with contactless terminals next month, which would make it the biggest single merchant accepting contactless payment in Europe.

LONDON – The head of London’s large Oyster card program expressed frustration with the pace of development of NFC, complaining the technology isn’t ready for London transit riders to use to pay fares.

Mobile operator Orange UK and bus company Stagecoach have launched a small transit ticketing trial, which they say could lead to a national rollout next year.

Transport for London has confirmed it will miss its deadline for accepting open-loop credit and debit card payments on London buses in time for the start of the Summer Olympics.

ZTE: Europe is Next Target for NFC Phones

China-based phone maker ZTE indicated it will be targeting Europe with its NFC phones, although it did not specify models or release dates.

Apple Unveils Digital Wallet for Next Mobile OS; No Word on NFC Yet 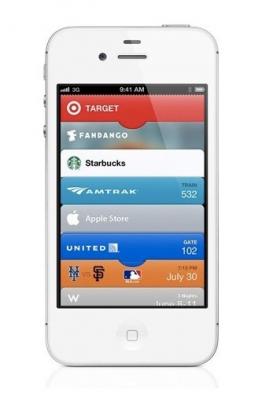 In what could be the first step by Apple toward launching a full mobile wallet, Apple today unveiled Passbook, an application built into its next mobile operating system, iOS 6, which the company introduced at its Worldwide Developers Conference.

Besides putting these passes, coupons and cards conveniently into one place, the application will use geolocation to pull up the proper card or pass when the consumer is in the relevant venue.

“Wake your iPhone or iPod touch, and passes appear on your lock screen at the appropriate time and place­–like when you reach the airport or walk into the store to redeem your gift card or coupon,” said Apple. “And if your gate changes after you’ve checked in for your flight, Passbook will even alert you to make sure you’re not relaxing in the wrong terminal.”

Most of the cards, passes and tickets in the Passbook demo screens Apple showed at the conference and on its Web site today use 2-D bar codes, including those from a Starbucks mobile-payment app and a United Airlines boarding pass.

Scott Forstall, senior vice president of iPhone software at Apple, who introduced the features of the iOS 6 including Passbook, did not mention NFC during his keynote at the conference.

But since Apple was not introducing its next iPhone today, a device expected to be unveiled in the fall, it’s not surprising there was no mention of NFC, said online commentator Brian Roemmele, writing on Quora, who describes himself as a 28-year payments industry veteran.

Although it’s too early to tell whether the next iPhone will support NFC, some, such as Roemmele, believe it will. And the Passbook application introduced today shows Apple is planning to work with other service providers to enable payment, among other mobile-commerce applications.

“Thus, it is just a matter of time before we see the payment card integration of Passbook, with a slight name change in the future,” Roemmele predicted. “At this point, Apple will have no desire to replace Visa and MasterCard but to become a conduit for these existing services. Apple’s own iTunes accounts will be available for retail purchases at the Apple store, however there is little chance that iTunes will ever become a retail payment system.”

That will take at least a couple of years to roll out, however. So if Apple were to support NFC in its next iPhone targeting payments, there would be relatively few places for consumers to tap their NFC-enabled iPhones to pay in the U.S.

On the other hand, Apple could decide to include an NFC chip in its next iPhone not mainly for payments but to make it easier for users to share content among their Apple devices. Content sharing among Apple devices is a priority for the company, observers have pointed out.

But that would mean Apple would have to include NFC in not only the iPhone but in other devices. There is no indication yet that it is preparing to do so, despite the company’s numerous patents or patent requests involving NFC.

Apple has yet to act on any of these patents and, as usual, Apple is not tipping its hand early on features of its next devices.

The iOS 6 will be available in the fall and is expected to be used on the new iPhone. It will be compatible with all past iPhone models starting with the 3GS. The fourth-generation iPod touch, iPad 2 and next iPad will also support the new operating system version.