AN INTERVIEW WITH ALEX GIBNEY: His Film About Eliot Spitzer's Downfall Opens Today | The Nation

AN INTERVIEW WITH ALEX GIBNEY: His Film About Eliot Spitzer's Downfall Opens Today

(Note: This article first appeared here two weeks ago, re-posted today with official opening of the film.)   The range of Alex Gibney’s documentary films over the past two decades is impressive. Subjects have included Hunter Thompson, al-Qaeda, Jimi Hendrix and torture in Iraq, the latter earning him an Academy Award for Taxi to the Dark Side. Next up for him: Lance Armstrong and Ken Kesey. Yet, in his latest film, arriving in theaters on November 5, he has returned again to the shady world of business and politics.

Gibney got his first Oscar nomination for Enron: The Smartest Guys in the Room. Arriving earlier this year was his film about Jack Abramoff, Casino Jack and the United States of Money. Now on tap, Client 9: The Rise and Fall of Eliot Spitzer.

While the first part of its title suggests that it focuses on chasing call girls, the new film actually spends more time on Spitzer’s days as “Sheriff of Wall Street,” the big money enemies he made—and how they may have brought him down. Actually, the film could have been titled “The United States of Money, Part II.”

Gibney’s background and early films (beyond The Pacific Century) didn’t seem to promise repeated probings of finance and politics, so in an interview yesterday I asked him how that happened.

“I’ve always had interest in power and the abuse of power,” he replied. “Power in this most recent era tends to be about corporate  power and how money, often coming from the corporate  sector, influences our political sector. We need to study the ‘political economy.’

"Economics is not just about numbers but about human survival, the most basic stuff, who’s going to win and who’s going to lose. It becomes very personal—it’s really about people.

“We’re taught that markets are transparent and efficient and it turns out they aren’t and they are manipulated  by people in power. We shouldn’t be surprised—that ‘s what capitalism is about. So this is about people trying to kill each other—in a metaphorical way—and amassing that kind of power.”

This naturally drew him to the Spitzer story, which he describes as “about human beings and how they act.”

He points out that “Client 9” in the title has a dual meaning. Yes, it’s the “john” name given to Spitzer in the federal affidavit before he was publically named—but the way Client 9 was described at unusual length in that report, practically with a flashing red light or Drudge siren, suggests to Gibney that this was an “improper investigation to embarrass a public official.”

That’s a stronger condemnation than you find in the film—written, directed and narrated by Gibney—which lays out evidence, some of it new, and lets viewers draw their own conclusions.   Certainly you may come to believe that the US attorney who brought the case, a Republican named Michael Garcia, may have been all too happy to bring down a Democrat with a future on the national stage. (Garcia refused Gibney’s interview request.)

“In the film I try to go about as far as I could or should with the evidence at hand,” Gibney explains. “I don’t have an email to Garcia asking him to go after Spitzer hard. But it does strike me that the way the investigation was conducted was improper and was really not about bringing [the owners of the call girl operation] to justice.

“It may have been mainly about the leak. The New York Times deserved its Pulitzer but a lot of clues were laid at their feet.”

The film also makes new connections between Spitzer's enemies who may have conspired to tip off the feds—and/or arranged their own surveillance of the governor. There’s no smoking gun but it’s certainly suspicious that a “friend” of one key player just happened to be standing in line behind Spitzer when he made one of his money transfers to the call girl operation.

Gibney tracked down the escort, “Angelina,” who was Spitzer’s favorite (surprise: it's not Ashley Dupré) and she describes how the FBI questioned her at length about sexual details, such as, did the governor like sex toys? This only “served the purpose of an attempt to embarrass a public official,” Gibney observes.

For example: the famous charge that Spitzer wore black knee socks to bed? Not true, says Angelina, “but this was part of campaign to embarrass Spitzer so he doesn’t return to office,” Gibney comments. “It became holy writ” in the media, “kind of a marker on how things work—sometimes an appealing or salacious lie is far more effective than the truth.”

But the film, contrary to what the outrage over the tactics used against Spitzer may suggest, is not a “fan film,” as Gibney puts it. My own response was that the film may only make viewers more angry at Spitzer for throwing away the good he might have accomplished as governor and possibly beyond.

“I have come to the conclusion that he knew the risks of what he did, but did it any way,” Gibney declares. “I have to say, what the hell was he thinking? I respect a lot of what he did, especially as [New York] attorney general, but I still shake my head….” He recalls the New York magazine cover with a full-length picture of Spitzer and an arrow labeled "brain" pointing to his groin.

Spitzer, to the surprise of some, sat for five interviews with Gibney, and while this adds a lot to Client 9 he is not forthcoming about why he screwed up so royally. Gibney advises that while his words may not be profound, keep an eye on his face, which at times speaks volumes. “With Spitzer what you see is what you get,” he explains. “His personality is extremely compartmentalized.... Sex is funny that way—it’s an urge. You’d think being governor and understanding the stakes and the enemies out to get him that he’d curb it, but he didn’t.”

So what does he think about the new CNN show Parker Spitzer? He feels CNN has put Spitzer on “too short a leash” and he should be allowed to go after guests more.

And the future? “I think what he really wants to do is get back in government to shape public policy.” As an appointee or... a candidate? “Either-or,” GIbney responds, which may surprise many. “Some thought he might run for New York State comptroller this year, an interesting position,” as he could have probed, for example, the pension crisis.

A comeback via TV, Gibney points out,  “is a passage taken by others."

END_OF_DOCUMENT_TOKEN_TO_BE_REPLACED 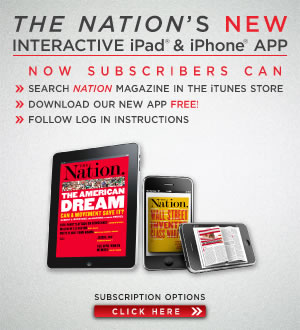 Undertone works with online advertising companies to provide advertising that is as relevant and useful as possible based on your browsing activity. Undertone is committed to providing you with transparency and control over the types of advertising you see from us; please access the links below for more information.

Undertone works with online advertising companies to provide advertising that is as relevant and useful as possible based on your browsing activity. Undertone is committed to providing you with transparency and control over the types of advertising you see from us; please access the links below for more information.