Looking Beyond Apple:
10 Better Buys For You Now

You aren't on the list to receive Tom and David's top 10 stocks to buy now -- but it's not too late.

Right now, Tom and David are taking a close look at every stock they've ever recommended to assemble a definitive list of 10 timely opportunities.

So don't delay -- Simply enter your email below to discover how you can access David and Tom's newest list of top 10 stocks to buy now!

By submitting your email address, you consent to us keeping you informed about updates to our website and about other products and services that we think might interest you. You can unsubscribe at any time. Please read our Privacy Statement and Terms & Conditions.

In both bull and bear markets, it's never too late to buy stocks. Picking the right stocks to buy, of course, is the biggest challenge. For investors looking to buy stocks today, here are three that look enticing.

Why buy stocks in the first place?

By buying stocks, investors position themselves to not only save money but to potentially watch their money grow, whether it's through share price appreciation, dividends, or both. Your stock broker will have instructions on what you need to do to buy the stock, but the important issue is understanding which stocks are worth buying.

Finally, investors should keep in mind that there is never a "right" time to buy stocks. Since attempting to time when the market will rise or fall has proved to be impossible for anyone to do consistently, the best thing investors can do is maximize their time in the market, giving themselves the greatest opportunity to watch their portfolios' value rise over time.

1. Apple (NASDAQ:AAPL): It's no secret that stock valuations are currently a bit exorbitant. Indeed, the average price-to-earnings ratio of stocks in the S&P 500 today is 25, up from about 22 one year ago. This makes conservatively priced stocks that also happen to be excellent businesses rarer than usual. Nevertheless, they're still hanging around -- and Apple is one of them.

With a P/E ratio of just 14, Apple gives investors an opportunity to buy a stock with a leading position in its key markets without paying a premium price. In addition, Apple stock shareholders get a nice dividend yield (annual dividend payments per share as a percentage of the stock price) of 1.9%.

2. Costco (NASDAQ:COST): With Costco stock, investors will have to pay a greater premium for the company's earnings than they'll have to pay for Apple. Costco stock has a P/E ratio of about 30. But there's good reason for Costco's steep valuation: Not only has the company carved out a strong, enduring competitive advantage for itself by gaining a cost advantage through economies of scale and wildly efficient operations, but management has also consistently improved operations. This is particularly evident by Costco's swelling net profit margin, which has increased from 1.7% to 2% between 2012 and 2016 -- a big and important gain for a warehouse bulk retailer.

3. Berkshire Hathaway (NYSE:BRK-A) (NYSE:BRK-B): Last, it would be a shame to overlook the conglomerate built by the world's greatest investor himself, Warren Buffett. Under the Berkshire Hathaway name, Buffett has built up a portfolio of enduring subsidiaries and stock holdings poised to stand the test of time. Under Berkshire's ownership are built-to-last subsidiaries like Geico, Duracell, and Burlington Northern Santa Fe Railway. And some of Berkshire's largest stock holdings include iconic businesses like Coca-Cola, American Express, and Wells Fargo. 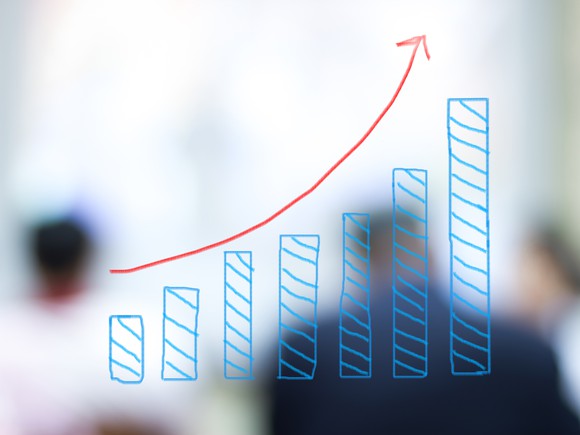 Of course, when it comes to buying stocks, there's no guarantee. Historically, however, stocks have proved to be well worth the risk, compounding at approximately 10% annually over the last 100 years when dividends are reinvested. While it's impossible to know whether these three stocks could yield a similar 10% average annualized return in the coming years, buying these stocks will likely give investors a good chance of seeing an outcome like this.

10 stocks we like better than Apple
When investing geniuses David and Tom Gardner have a stock tip, it can pay to listen. After all, the newsletter they have run for over a decade, Motley Fool Stock Advisor, has tripled the market.*

David and Tom just revealed what they believe are the ten best stocks for investors to buy right now… and Apple wasn't one of them! That's right -- they think these 10 stocks are even better buys.

Our biggest bet…our largest holding…the stock our founder has predicted will be the first trillion-dollar company. Learn more about it here.

Daniel Sparks is a senior technology specialist at The Motley Fool. He served in the U.S. Army on active duty and graduated with an MBA from Colorado State University.

A while back, DigiTimes reported that Taiwan Semiconductor Manufacturing Company (NYSE:TSM), a major contract chip manufacturer, planned to introduce an enhanced variant of its 16nm manufacturing technology dubbed "12nm."

On the chipmaker's most recent earnings call, an analyst asked  management about this potential new technology. The company seemingly confirmed its existence, though it's not clear if the technology will, in fact, be marketed as 12nm.

Let's look at just what management had to say about the tech, and why it matters to TSMC investors.

A refinement of 16nm tech

On the call, TSMC Co-CEO C.C. Wei told analysts that its strategy is "continuously to improve every node in the performance, such as 28-nanometer." He went on to say that TSMC is "continuing to [improve] the 16-nanometers technology." Wei explained that its next revision of the 16nm technology may be worth calling 12nm because it will deliver improved "density, classical density, performance, and power consumption," according to a transcript by Seeking Alpha.

TSMC has, to date, announced several 16nm variants. The first was vanilla 16nm, which didn't seem to gain much traction as a performance-enhanced version of the technology quickly replaced it, branded 16nm FinFET Plus.

After introducing 16nm FinFFET Plus, TSMC rolled out yet another version of the technology, called 16FFC (with the 'C' standing for "compact") that allowed chipmakers to build smaller, more cost-effective chips.

The upcoming "12nm" technology looks like TSMC taking an additional step in its efforts to try to maintain technology leadership against competing 14/16-nanometer technologies, particularly as competition in those technologies heats up in the coming years.

Why it matters to TSMC investors

There are few chip manufacturing companies that can bring leading-edge technologies to market. However, over time, the weaker chip manufacturers bring out products that can compete with those the stronger companies debuted several years earlier.

Since contract chip manufacturers tend to generate significant revenues from older-generation manufacturing technologies (TSMC's 28-nanometer technology, first introduced in late 2011, accounted for 26% of the company's revenue in 2016), it is important for TSMC to remain cost/performance/feature competitive with these older technologies.

United Microelectronics (NYSE:UMC), for example, has said that it expects to begin "commercial production" of a 14-nanometer technology "by the second half of 2017," per EETimes.

China-based Semiconductor Manufacturing International (NYSE:SMI), too, is planning to introduce a "14nm" technology at some point.

By continuing to enhance its 16nm technology, TSMC should be poised to defend its market share position against upcoming competitors while at the same time keeping its cost structure competitive and its average revenue per wafer as high as possible.

All that should ultimately translate into robust revenues and profitability on this technology.

Looking out to 2017, TSMC management appears confident that it will be able to maintain its strong market share position in the contract chip manufacturing space. "I will say that we certainly do not think we will lose market share," Chang told analysts. "We're not going to grow less than foundry," he said, referring to the contract chip manufacturing, or semiconductor foundry, market.

Trump's potential $1.6 trillion investment
We aren't politicos here at The Motley Fool. But we know a great investing opportunity when we see one.

Our analysts spotted what could be a $1.6 trillion opportunity lurking in Donald Trump's infrastructure plans. And given this team's superb track record (more than doubling the market over the past decade*), you don't want to miss what they found.

They've picked 11 stocks poised to profit from Trump's first 100 days as president. History has shown that getting in early on a good idea can often pay big bucks – so don't miss out on this moment.

Forget Netflix! We Think These 3 Companies Are Ready to Take Off

Let’s face it... cable television is on its way out and the “death of TV” means the $2.2 trillion entertainment industry is ripe for the picking. Right now, there’s a golden opportunity to hijack cable’s profits as Americans continue ditching cable. Because we think three stocks are poised to surge now that cable TV's days are numbered. And you’d be surprised… Netflix and Amazon.com aren’t even on the list! Click here to learn more.

Ashraf Eassa is a technology specialist with The Motley Fool. He writes mostly about technology stocks, but is especially interested in anything related to chips -- the semiconductor kind, that is. He can be reached at TMFChipFool@gmail.com. Follow him on Twitter: Follow @tmfchipfool