Donald Trump has continued his criticism of Hillary Clinton’s support for election recounts in three states, claiming he won the popular vote “if you deduct the millions of people who voted illegally”.

The president-elect, who offered no evidence for his claims, earlier called the recount effort a “scam”, while senior adviser Kellyanne Conway called Green party candidate Jill Stein and Clinton “a bunch of crybabies and sore losers”.

Analysis ‘A recipe for scandal’: Trump conflicts of interest point to constitutional crisis

Experts say president-elect does not understand the law and must sell businesses to avoid electoral college disaster. He seems loath to do so
Read more

Marc Elias, general counsel for the Clinton campaign, wrote on Saturday that the campaign would support Stein’s effort in Wisconsin, where a recount will take place. Stein is also pushing for recounts in Pennsylvania and Michigan and has raised more than $6m online to fund such efforts.

The decision put the Clinton camp at odds with the Obama White House, which has expressed confidence in election results.

On Saturday, Trump attacked Stein, using Twitter to say: “The Green Party scam to fill up their coffers by asking for impossible recounts is now being joined by the badly defeated [and] demoralized Dems.”

On Sunday morning, the president-elect fired off a volley of tweets, starting: “Hillary Clinton conceded the election when she called me just prior to the victory speech and after the results were in. Nothing will change.”

The president-elect then drew attention to a debate remark by Clinton after Trump refused to commit to accepting the election result, quoting her as saying: “That is horrifying. That is not the way our democracy works.

“Been around for 240 years. We’ve had free and fair elections. We’ve accepted the outcomes when we may not have liked them, and that is what must be expected of anyone standing on a during a general election.

“I, for one, am appalled that somebody that is the nominee of one of our two major parties would take that kind of position.”

Trump was due back in New York on Sunday after spending Thanksgiving at his Mar-a-Lago resort in Florida, where one report said he had been asking visitors who should be his secretary of state.

In the afternoon, around the time of his scheduled departure for Manhattan, he used Twitter to say: “In addition to winning the electoral college in a landslide, I won the popular vote if you deduct the millions of people who voted illegally.”

Trump did not elaborate about what he meant by “people who voted illegally”. During the campaign, he and surrogates complained about voter identity fraud among communities which usually lean Democratic, without presenting evidence and despite regular debunking of such claims by experts.

In subsequent tweets, he added: “It would have been much easier for me to win the so-called popular vote than the electoral college in that I would only campaign in 3 or 4 states instead of the 15 states that I visited. I would have won even more easily and convincingly (but smaller states are forgotten)!”

Trump, who trails Clinton by more than 2m ballots in the popular vote, drew criticism for his remarks.

Alex Padilla, California’s secretary of state, said they were “unbecoming” for a president-elect and seemed to show that Trump was rankled by losing the popular vote.

Stein’s recount effort, backed by a coalition of academics and activists, is based on fears that election machinery may have been hacked, although no evidence has yet been presented. 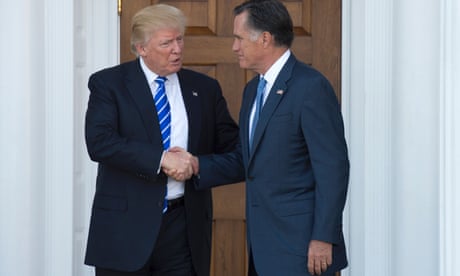 The White House has distanced itself from the effort. Referring to attempts to influence the election that have been officially blamed on Russia, it said in a statement the election results nonetheless “accurately reflect the will of the American people”.

In a statement emailed to the Guardian on Sunday, Stein said: “The incredible outpouring of support for these recounts – from over 100,000 small donors with an average of $45 each – shows that Americans of all parties want a voting system they can trust.

“In an election tarnished by allegations and irregularities, Americans of all political persuasions deserve to know the truth about what happened in these states.”

Former Democratic presidential candidate Bernie Sanders supported the legal right to request a recount but told CNN’s State of the Union: “I don’t think Hillary Clinton, who got 2m more votes than Mr Trump, thinks that it’s going to transform the election.”

Conway countered, telling CNN the decision to back Stein was “pretty incredible”.

She added: “The president-elect has been incredibly gracious and magnanimous to Hillary Clinton at a time when, for whatever reason, her folks are saying they will join any recount to try to somehow undo the 70-plus electoral votes that he beat her by.”

On NBC’s Meet the Press she went further, saying of Clinton and Stein: “Their president, Barack Obama, is going to be in office eight more weeks .

“They will have to decide if they’re going to interfere with his business and the peaceful transition of power to president-elect Donald Trump or [if] they’re going to be a bunch of cry babies and sore losers about an election they can’t turn around.”

In his post, Elias detailed the Clinton campaign’s thinking: “We certainly understand the heartbreak felt by so many who worked so hard to elect Hillary Clinton and it is a fundamental principle of our democracy to ensure that every vote is properly counted. 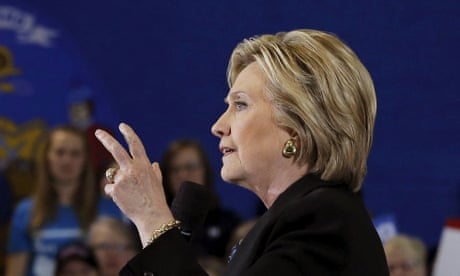 Attorney says each vote must be counted while White House says election ‘free and fair’, as Trump calls Green candidate’s effort a ‘scam … to fill her coffers with money’
Read more

“We do so fully aware that the number of votes separating Donald Trump and Hillary Clinton in the closest of these states ” – Michigan, where the Republican leads by 10,704 votes with the result expected to be certified on Monday – “well exceeds the largest margin ever overcome in a recount.

“But regardless of the potential to change the outcome in any of the states, we feel it is important, on principle, to ensure our campaign is legally represented in any court proceedings and represented on the ground in order to monitor the recount process itself.”

Wisconsin’s recount, including an examination by hand of the nearly 3m ballots tabulated in the state, is expected to begin late next week and to be completed by 13 December.

Clinton beat Trump by more than 2 million votes nationwide, but Trump won in the electoral college by 306-232. In Wisconsin, Trump beat Clinton by 27,257 votes. Stein received 30,980 votes and the Libertarian, Gary Johnson, received 106,442.

… we have a small favour to ask. More people are reading the Guardian than ever but far fewer are paying for it. And advertising revenues across the media are falling fast. So you can see why we need to ask for your help. The Guardian’s independent, investigative journalism takes a lot of time, money and hard work to produce. But we do it because we believe our perspective matters – because it might well be your perspective, too.

Fund our journalism and together we can keep the world informed.

Save for later Article saved
Advertisement

Most popular in US


promoted links
from around the web
Recommended by OutbrainAbout this Content
[?]