Silicon Valley VCs Pay the Highest Rent in the U.S.

An address on Sand Hill Road offers validation. “The entire world looks at that and says, ‘OK, we know you’re somebody.’”

Pinching Pennies in the Hedge-Fund Capital of America

U.S. Bond Market’s Biggest Buyers Are Selling Like Never Before 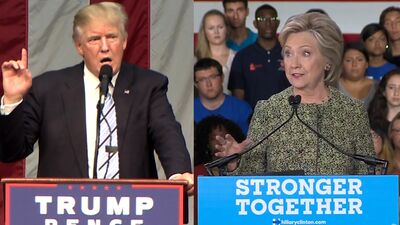 Aydin Senkut started his venture capital firm Felicis Ventures in San Francisco a decade ago. Five funds and more than $430 million later, Senkut is ready to open an office on Sand Hill Road, alongside such Silicon Valley institutions as Kleiner Perkins Caufield & Byers and Sequoia Capital. But he’s going to have to pay up.

Located in Facebook Inc.’s hometown of Menlo Park, California, Sand Hill Road has the most expensive office space in the U.S., even as the startup market moderates, according to data from commercial real estate firm Cushman & Wakefield. At an average of $129.91 per square foot annually, it’s up about $6 from last year and exceeds the cost of renting high-end offices in Greenwich, Connecticut, and on New York’s Park Avenue. It is also far more than the $75.39 for comparable space in San Francisco’s south Financial District, which saw a price increase over the last year similar to its neighbor in the Valley, said Robert Sammons, a regional director at Cushman & Wakefield.

While many VC firms are opening offices in San Francisco, Senkut’s move underscores that tech investors are willing to pay a premium for close proximity to other big firms, the companies that might buy or do business with their startups, and the suburban homes of investing partners. What Sand Hill Road lacks is vibrant street life, restaurants, shops or access to major public transportation routes. On either side of the roughly two-mile strip between Interstate 280 and Junipero Serra Boulevard, where many of the world’s top VCs hang their shingles, sit low-slung “woody walk-ups,” nestled among trees, rosemary plants and parking lots.

Felicis Ventures, a backer of clothing startup Bonobos Inc. and satellite maker Planet Labs Inc., is in the process of relocating from its office in downtown Palo Alto, California, the second-most-expensive market in the U.S., according to Cushman & Wakefield. The high prices stem, in part, from the growth of Palantir Technologies Inc., a venture-backed company that has become a major tenant in the area, along with the increasing number of venture firms and startups there, such as Houzz Inc., which makes home design software. The San Francisco Business Times reported this month that Cloudera Inc., a data analytics startup, leased 225,000 square feet in the area. But prices there have gotten too high for some startups. Wealthfront Inc., a robo-advisor, said it moved to Redwood City, California, earlier this year to save some pennies.

Rent on Sand Hill Road is generally costlier, but it can be easier to find larger spaces. Felicis Ventures recently signed the lease on a 10,000-square-foot office at 2460 Sand Hill Road, where Senkut plans to host big events for his startups and investment prospects. He declined to discuss how much he’s paying for the space. “Let’s be honest: It’s still a high rent,” he said.

While the startup world has sobered up a bit this year, with wavering valuations afflicting some unicorns and fewer investments to go around, it hasn’t much affected the economics of venture firms. VCs raised $22.9 billion in the first half of the year, according to the National Venture Capital Association, a trade group. That puts the industry on track for the best fundraising year since 2000. In April, Felicis Ventures said it raised a $200 million fund, almost double the size of its last one.

Today’s rents are still nowhere near what landlords demanded in early 2008 before the financial crisis. Back then, asking prices topped an average of $170 a square foot on Sand Hill Road, said Cushman & Wakefield.

For architecture lovers, Sand Hill Road doesn’t offer much to look at. But the area’s blandness is precisely its appeal, providing a brick-and-mortar equivalent to the understated dress code of a blazer and jeans favored by many VCs. “There’s a little bit more of a low-profile thing going on,” said Jeff Cushman, executive managing director for Silicon Valley at Cushman & Wakefield.

Exclusive insights in your inbox, from our technology reporters around the world.
Get Fully Charged, from Bloomberg Technology.
The new digs for Felicis Ventures sit in a complex owned by DivcoWest that currently boasts Sand Hill Road’s highest asking prices on the market, according to two brokers, who asked not to be named for fear of jeopardizing rental negotiations and relationships. This newly constructed building is listed at $132 a square foot annually, driven by such amenities as unusually large decks and, in a rare feature for the area, underground parking. Rent for an office of about 5,000 square feet, typical in the area, would cost as much as $55,000 a month.

Tenants on the other side of the street—at the Stanford University-owned complex next to the clubby Rosewood hotel—are currently paying the most in rent, with prices above $140 a square foot annually, the brokers said. That location, home to Andreessen Horowitz and Coatue Management, has no space available, according to Stanford’s property management group.

(A previous version was corrected to show Wealthfront is no longer based in Palo Alto.)

Sign up to receive Fully Charged, a new newsletter from Bloomberg's technology reporters around the world.

Before it's here, it's on the Bloomberg Terminal. LEARN MORE
by Taboola by Taboola
Sponsored Links Sponsored Links
Promoted Links Promoted Links
From The Web
Medium | MeUndies
See Why Millions Are Upgrading To This UnderwearMedium | MeUndies
SF Environment
What Millennials Need To Know About Eating In SF.SF Environment
The Motley Fool
Forget The iPhone 7. Next Apple Sensation LeakedThe Motley Fool
Indochino
5 Reasons You Should Invest In A Tailored SuitIndochino
LendingTree Reverse Mortgage Quotes
How Much Money Are People Getting From Reverse Mortgages?LendingTree Reverse Mortgage Quotes
GlassesUSA.com
This Article Will Change The Way You Buy Glasses ForeverGlassesUSA.com
NoneNoneNone NoneNone NoneNoneNoneNoneNoneNoneNone